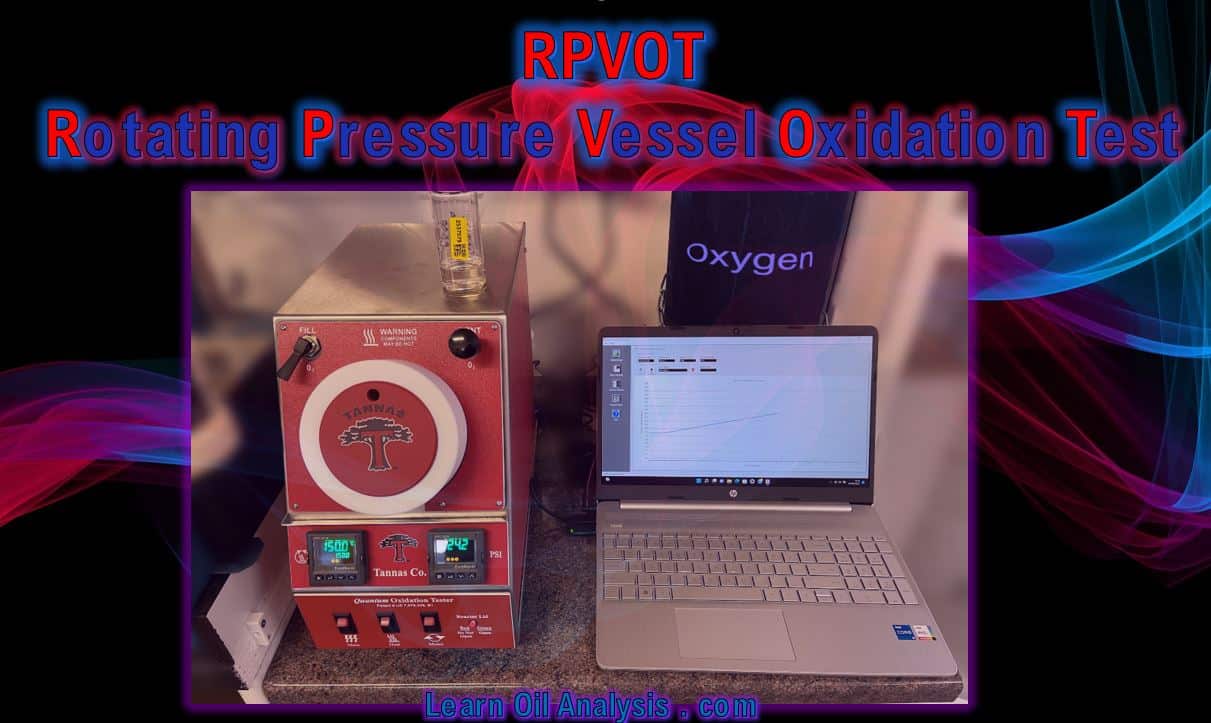 RPVOT stands for rotating pressure vessel oxidation test. It was formerly RBOT, but the word bomb was replaced with RPVOT with political correctness changes in later years. However, many still say the word R BOT (including me) as it’s easier to say than R P VOT.

The test measures how well an oil resists oxidation. By use of pure oxygen, high pressure, high temperature and water and copper catalysts the traditional oxidation resistance tests of the past, sometimes taking 12 months to get a result could be replaced with a test that took several hours to a day to perform with results measured in minutes.

How does the RPVOT test work?

The test works by:

A diagram illustrates these steps below. 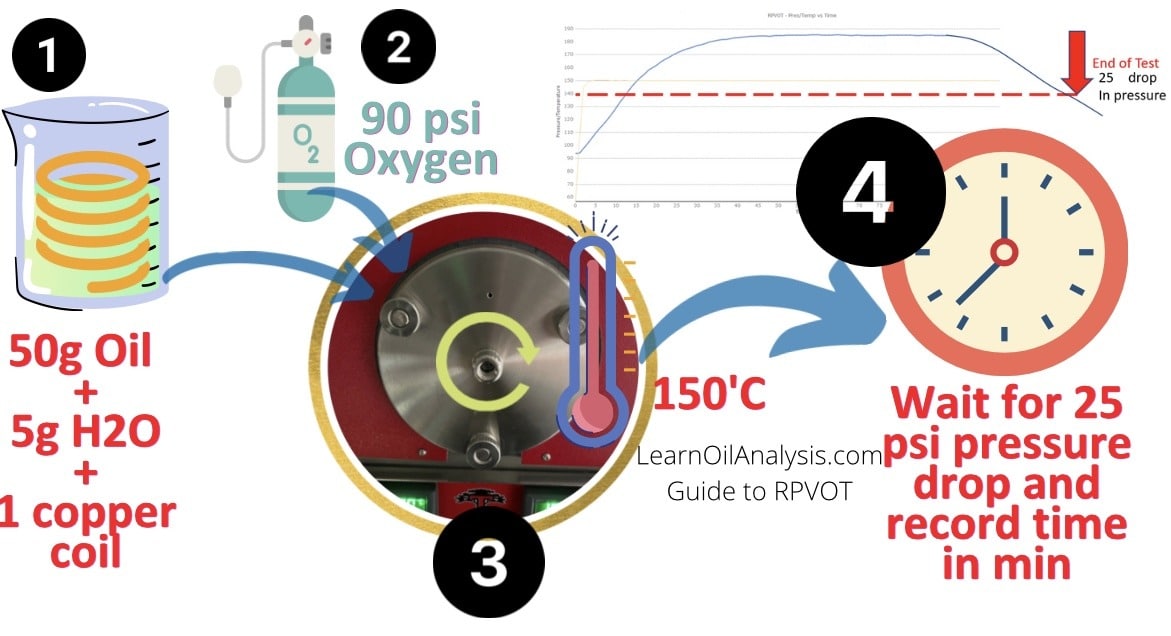 Not a fan of diagrams and prefer just pictures, this guide shows you the steps in a little more detail. 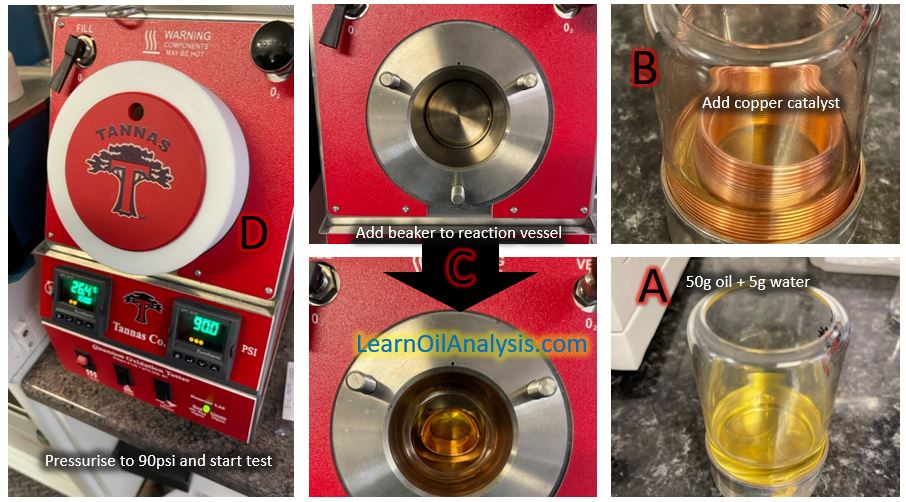 How is the RPVOT test used?

RPVOT is used to track the remaining life of the oil with the time in minutes under these accelerated oxidative conditions giving a great indicator of life remaining in the oil. Monitoring this over time can allow power stations, for instance, that have very large oil-filled systems to make plans for oil changes several months in advance and measure the effect of partial changes.

The significance of the test is to allow a business to plan for oil changes, which can sometimes take several days to perform and sometimes require months of notice before implementation.

Cautionary alarms begin with a 75% drop in value from reference oil or 75% drop from the first sample if no reference oil is available. Serious or critical limits are a typical 90% drop from ref oil / first sample or a RPVOT of less than 100 minutes remaining. This is a guide only, as customers may start planning for oil changes / consulting their oil supplier for advice much earlier than these limits so a plan can be made for corrective action.

If you would like to find out about RPVOT, or test your oil, or just have a question about oil analysis then get in touch using the contact us button below.