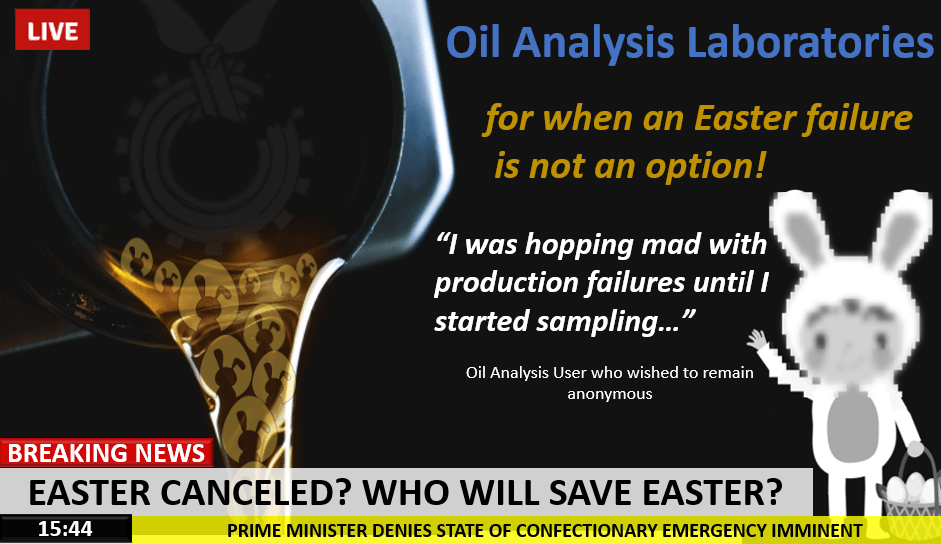 Recently I was contacted by a new customer who had never conducted any oil or fuel analysis. They were working towards a very tight Easter deadline and had been inundated with machinery problems in their confectionery production lines and engine failures in their transportation and haulage vehicles. We were the last resort to stop their entire production grinding to a halt which would have resulted in billions of pounds in lost revenue, millions of disappointed customers and a massive loss of reputation and belief in the owner. So drastic were the circumstances that we conducted a site visit for the client to examine their equipment and practices, whilst also personally taking their oil and fuel samples. The results of our investigation were too interesting not to share and our client has kindly agreed to allow us to discuss the investigation. They wish to remain anonymous to protect their reputation, therefore, throughout the article they will be referred to only as ‘EB’ and some images have been blurred to disguise their identity. 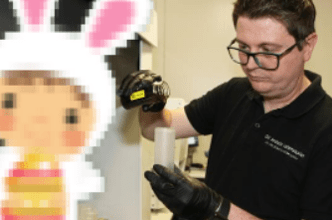 At Oil Analysis Laboratories, our staff are often asked to visit sites to assist businesses in developing testing programmes and to demonstrate how to take the best quality samples. We’ve seen many cases of poorly maintained machinery but the case of EB and his confectionery factory has been one of the most unique cases we’ve seen. There were two main issues we were asked to investigate on-site; were there any issues in the lubrication oil causing the repeated failures in the production machinery and lines, and secondly, were there any contaminants in their fuel as they were experiencing breakdowns and fuel inefficiency in the vehicles being used to take the finished products to end consumers.

The first step was to sit down with EB and his senior staff on-site to discuss the problems they were having and what they wanted to achieve with an oil condition monitoring programme. Their priority was for the investigation to be concluded quickly; our visit was conducted in mid-February and they had an Easter deadline that it was essential they met or they risked going out of business. Once the aims were clearly set out, we were taken on a walking tour of the production floor followed by examining the packing area. Our staff took oil samples from key points of several machines to take away for further analysis. We then moved on to the vehicles and took fuel samples from several lorries as well as their bulk fuel storage tanks.

On returning to the laboratory, the oil and fuel samples were put through over twenty routine tests and the results were investigated by our team of diagnosticians. The results were so unusual that we invited EB to hop over to the laboratory so we could discuss what we had discovered and develop plans to get his machinery running smoothly. The first thing our technicians noticed about the oil samples brought in from the factory was that some were visibly contaminated with metal. 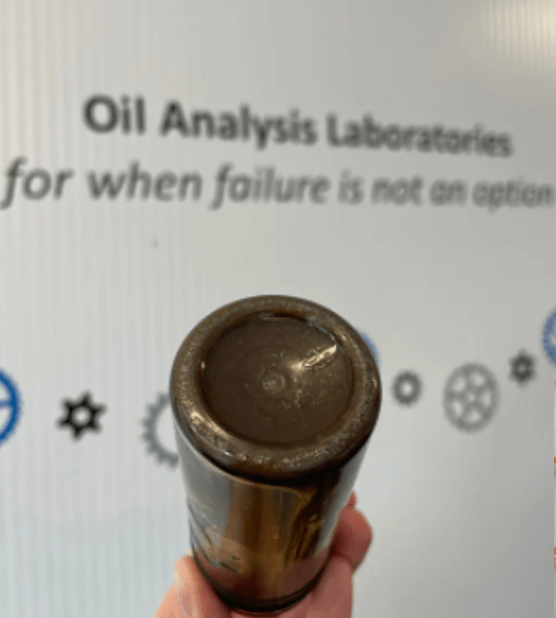 The contaminated samples had been taken from machinery that was involved in packaging and from the production lines of the finished products. Our revolutionary LubeWear technology helped us to identify that extraordinarily high levels of aluminium were present in the oil. The confectionary made at EB’s factory was wrapped in an aluminium foil by machinery on the production line. We tested the composition of this foil and it was a perfect match for the metal present in the lubrication oil. It wasn’t difficult to conclude that the foil wrapping was being rubbed off the confectionery as it was moved down the production line rollers. 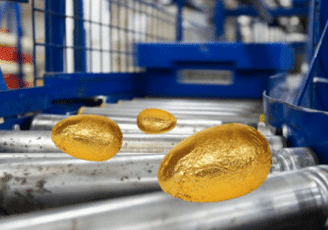 These flakes were finding their way into the machinery and lubricating oil and being moved around the equipment causing abnormal wear. The wear damage caused by the foil was having a significant detrimental effect on the machinery, contributing to the continued breakdowns the factory was experiencing.

The discovery of metal in the oil was not the only unusual thing we found contaminating the samples. Traces of organic matter were found in the samples taken from machinery that were involved in chocolate production. Upon further investigation, the organic matter was proven to be a very close match to milk chocolate, which was the main confectionary produced at EB’s factory. 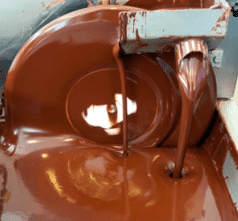 As can be seen in the photo that was taken in the factory, chocolate is smearing around the edges of the machine and we saw no evidence during our visit of it being cleaned away. We concluded that it was highly likely that the overspill of chocolate was making its way into the lubricating oil system. This contamination was affecting the viscosity of the oil, causing it to thicken, similar to the effect soot would have on the lubricating oil of an engine. The thickening of the oil was leading to the equipment overheating to the extent that it was exceeding the permittable operating temperatures causing the machinery to automatically shut down until it had cooled.

The final abnormal thing we found in all the lubricating oil samples was evidence of something we rarely see; animal matter. Whilst this may sound sinister, the explanation is fairly simple; all the staff we saw in EB’s factory wore the same white fur uniforms. The fur had clearly been shedding from the uniforms and floating into the machinery. The fur was not very abrasive to cause wear damage but was blocking the filters, preventing the effective cleaning of oil. Imagine how your hair can block the drain in your shower or bath; the fur was having a similar effect on the machinery filters leading to dirty oil that could not flow and lubricate the moving surfaces sufficiently.

We discussed our findings with EB at the laboratory and helped to develop three main strategies to minimise contamination being introduced into the lubricating oil:

EB was very hoppy with the results of the oil investigation as they would now be able to produce enough confectionery for Easter with the increased reliability of the machinery. However, the issue of how to deliver the products to the end consumer remained so we moved on to discuss what we had found within the fuel samples we had taken from the factory’s vehicles.

When on site, we had questioned EB on what fuel was used in his lorries, however, he became very secretive on the matter informing us that they used a propriety biofuel known as ‘carrotine’. 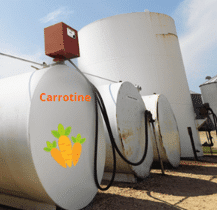 The fuel had a distinct orange colour that we have never seen in fuel before. Upon analysis, we found significantly high levels of vegetable matter in the fuel which is inconsistent with any diesel or petrol fuel source found in an average forecourt. Tests of the fuel did not show similarities to any plant-based biofuel that we have on record. It had a virtually zero cetane rating which is essential in powering road vehicles. This poor-quality ‘carrotine’ fuel would explain the inefficiency of EB’s vehicles and the need for frequent refuels. We recommended following the OEM guidelines on the vehicle filler caps and switching to a regular diesel or a new, reliable plant-based biofuel. EB was very keen to stick to an eco-friendlier biofuel and the laboratory was able to offer advice on which fuels would be suitable for his fleet of road vehicles. 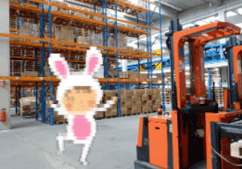 EB left the laboratory a very happy bunny. The changes we had advised were quickly implemented in his business and we’re pleased to report that thanks to our help, EB and his business successfully met their Easter deadline and the confectionery products were distributed to millions of children across the world. EB continues to regularly sample his equipment to ensure the reliability of his production in preparation for Easter 2023. For EB and his business, failure was not an option and he recognised the importance of having a regular oil condition monitoring programme in place to protect his machinery, business and reputation. If your business can’t afford to fail, just like EB’s, then now is an egg-cellent time to get in touch with us at Oil Analysis Laboratories to see what we can do for you.

Happy Easter from all the Team at OAL and from EB and his staff.